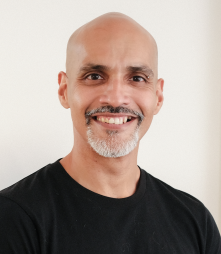 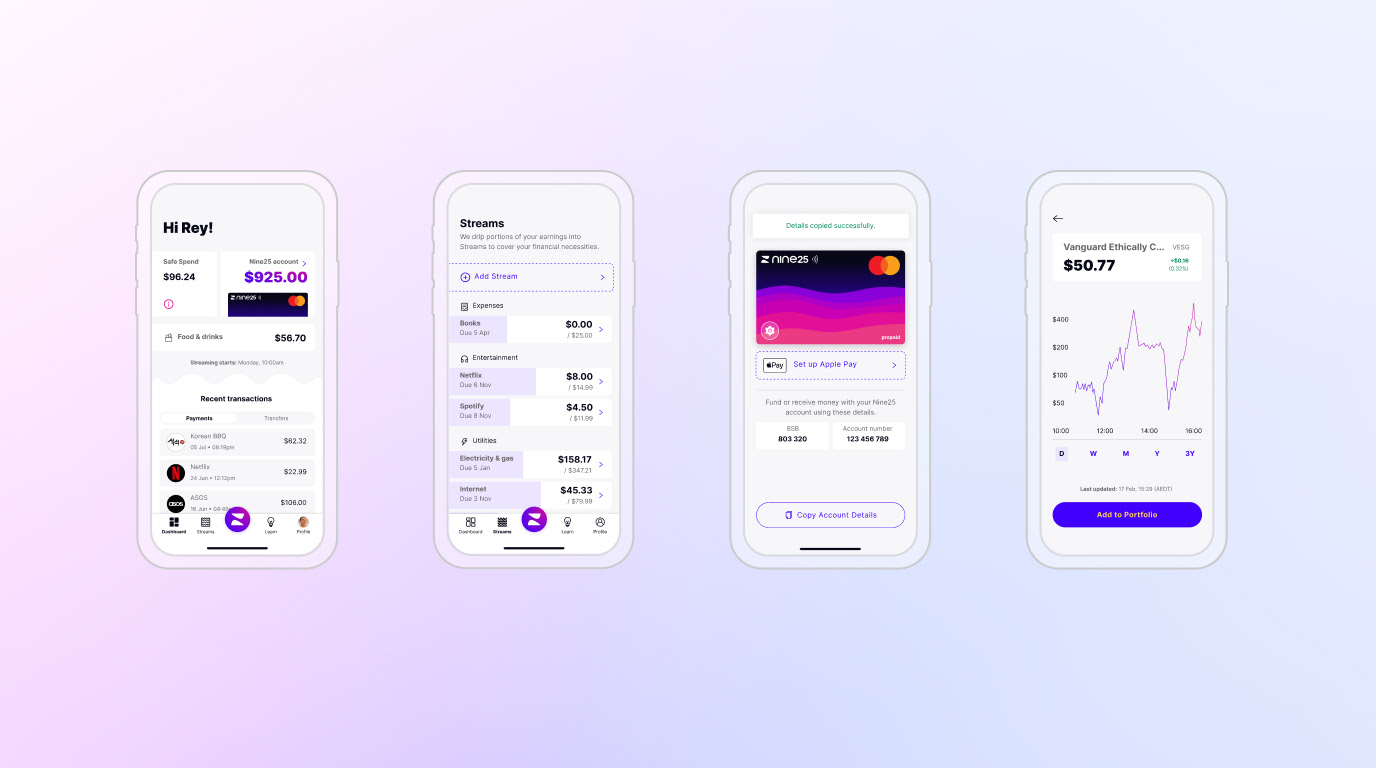 Why do people spend more money now rather than investing for their future even though they know that latter is the smarter option. In other words, why do people make decisions that may not be in their self-interest despite knowing that they should.

Behavioural economics 101 will tell you that human beings are emotional, easily distracted and therefore often make decisions that are not in their self-interest. Now, it’s important to understand that, like all science, behavioural economics does not pass value judgements. At no point is anyone deemed “stupid” or "irresponsible" for making the decisions that they do; the evidence is presented as a way to further the science. Unfortunately, the evidence and the science can also be used to manipulate and exploit.

Availability bias refers to the tendency of people to rely on “easily recalled information” rather than factual data when making decisions.

A great example of this is thinking about how we think that we’re more likely to be killed in a shark accident vs being killed in a car accident. The reality is that car accidents kill over a 1,000 Australians every year compared to 18 people killed in shark attacks in the last 8 years.

They constantly talk about trust, hope, love, dignity, safety, family and literally every other warm, fuzzy, cuddly human emotion there is.

What they don’t talk about is their track record. Which isn’t very good. Traditional financial institutions have been charging dead people for services rendered, paid off schools to sign their students up for services and sell people things they don’t need.

Present bias, or delayed gratification,  is the human tendency to value rewards sooner.

Also known as hyperbolic discounting, it is one of the cornerstones of behavioural economics and describes why humans rate something to be of a higher value if they get it now compared to an even bigger payoff in the future.

The most famous present bias experiment is the Marshmallow Experiment. Conducted in 1970, the experiment involved the researcher giving young children a marshmallow along with the instruction that if they didn’t eat the marshmallow, they’d get a second one 15 minutes later. No points for guessing that some children waited for the second while others decided not to.

The experiment deduced that the ability to delay gratification was an individual trait i.e. some people were just good at it and the others were not. The experiment further went on to say that children that are able to control their present bias grow up to be financially stable adults.

This finding has since been debunked as being too simplistic and ignoring crucial factors.

Newer iterations of the Marshmallow Experiment have since looked at important external factors such as the participants’ economic backgrounds. Researchers dismissed the original claim by presenting evidence that socioeconomic background and family affluence levels have a strong influence on present bias.

Payday lenders offer small loans - no more than a few $1,000 - to vulnerable people to be paid back within weeks, usually when the individual gets their wages. While it sounds innocuous enough, these small amounts and the tight repayment times work out to the equivalent of annual interest rates that start at around 60% and can go up to 600%.

Reports have shown that 30,000 payday loans are issued every week in Australia with a significant number of those payday loans being taken out by single mothers. Payday lending traps vulnerable Australians in a debt spiral that lasts for years.

Payday lenders exploit those that never learned how to wait for the second marshmallow.

He coined the term “​​satisficing,” a portmanteau of “satisfy” and “suffice” to describe these “good enough” decisions.

The theory says that by making decisions faster, we are making use of the information that is available to us (remember: Availability bias) rather than all the information available on the subject. And as a result, there’s a pretty good chance that we’re just not making the best decision.

But the solution to this isn’t necessarily to give you more information either. Because the information is probably already available. All the world’s information is available to you at the tap of a button on a device that is in your pocket. But we, as human beings, are not making just one decision a day. We are making, literally, thousands of decisions every second of every day. And we're therefore unable to spend endless amounts of time finding and sifting through information in order to make a decision.

So you get another drink.

Now here’s all the things that you probably should have done before you made that decision to get another drink:

Instead, you made the snap decision - which probably will end up being not the best decision - to get another drink. And the only reason this happened is because you just didn’t have all the right information, organised the right way and presented in a way for you to make a decision on the spot.

Now imagine if there was an app that did all this for you?

Behavioural economics, like all sciences, does not pass value judgements. It simply measures and presents its findings. These results and this knowledge can be used for evil or can be used responsibly.

At Nine25, we chose to Be Responsible.

We don’t tell you what to do or what you should have done. Instead, we enable you to make the most optimised decision by doing the information gathering and analysis for you.

Choice architecture is a term coined by Nobel Prize winning behavioural economist Richard Thaler in his book, Nudge: Improving Decisions about Health, Wealth, and Happiness, co-authored with Cass Sunstein. In it, he said, “A choice architect has the responsibility for organising the context in which people make decisions.”

The Nine25 app is your money management choice architect in that it organises your salary information alongside your bills and expenses and presents it in a way to enable you to make the most optimised decision. Even if that decision is whether or not you can afford another drink.

As your choice architect, the Nine25 app removes the need for you to make a snap decision that might be limited by your bounded rationality. The app minimises bias and reduces errors in your money management decisions.

Rather than tell you what you can or can’t do, we just organise the information about your salary and money so that you can make an optimised money management decision, not just a “satisficing” one.

Choice architecture is closely related to Nudge Theory. A nudge, according to Thaler and Sunstein, is “Any aspect of choice architecture that alters behaviour in a predictable way, without forbidding options or significantly changing economic incentives.” Put simply: A nudge is a subtle intervention that guides your decision making without limiting them.

‍“To count as a mere nudge, the intervention must be easy and cheap to avoid. Nudges are not mandates.”

In his book, Thaler uses the example of putting fruits at the eye level of students in a US high school cafeteria to encourage them to eat more fruits. This is a nudge. On the flip side, banning junk food at the cafeteria is not a nudge. To quote Thaler, “To count as a mere nudge, the intervention must be easy and cheap to avoid. Nudges are not mandates.”

The Nine25 App calculates how much money to keep aside for your Bills and then calculates how much you can safely spend without it affecting your future expenses. We’re organising information so that you can make the most optimised money management decision.

Safe Spend is our nudge. It lets you know how much you have to spend on another drink, without restricting or stopping you from spending more than that.

Bill Streams, our second feature is another example of choice architecture at play, organising information in a way that enables users to make optimised decisions.

With Bill Streams, we assign small amounts of money every hour so that you have enough to pay all these bills when they arrive.

What this means is that when you’re making the decision whether or not to stay for another drink, you can look at your Safe Spend limit and make a decision.

Or you can go a step further and look at the bills and expenses that we’ve assigned money to and make a different decision.

You might see that there’s a Spotify bill coming up and we’ve been assigning $0.50 a day so that you can pay it off at the end of the month. Thanks to the choice architecture of Bill Stream, you’re now able to decide whether to use that money today for another drink and cancel your Spotify account tomorrow.

Like a good nudge should, Bill Streams is a subtle intervention that enables you to make a decision without limiting your options.

For organised information design to be considered choice architecture, it needs to enable people to make the most optimised decision for the future. It needs to use all the information that is available and structure the design in a way that enables users. It should not overwhelm or shame them.

Your banking app's monthly expense reports or “see where you spent your money” reports can not be considered choice architecture.  These reports simply organise data for the sake of organising data.

If this were a video, this is the point where I’d put a cutaway scene where a middle management boss in a company is waving a stack of paper reports with pie charts and bar graphs on them yelling, “Yes! But what does all this mean?!”

These reports do not improve your future decision making abilities. Knowing that you spent $323.75 on drinks last month is not going to enable you to decide whether you can afford another drink today.

It overloads and overwhelms you with unnecessary information and potentially shames you about your spending habits. And to quote Brene Brown, “Shame isn’t a motivator of positive change. Yes, it can be used in the short term to change a behavior, but it’s like hitting a plastic thumbtack with a 100-pound anvil”

That’s why we made the deliberate decision to not present you with historical data. We don't see how presenting a backward-looking pie charts and bar graphs necessarily helps you make better decisions in the future. So we don’t present them. Instead we only present the information that would actually help you make your decision.

And we’re just getting started

It’s not enough for us to simply enable you to make an optimised decision on small expenses. We want to enable you to optimise all of your expenses and your investments too.

We want to completely transform the way you think about and interact with your salary, wages, bills and expenses.

We want to completely transform the way you think about and interact with money. 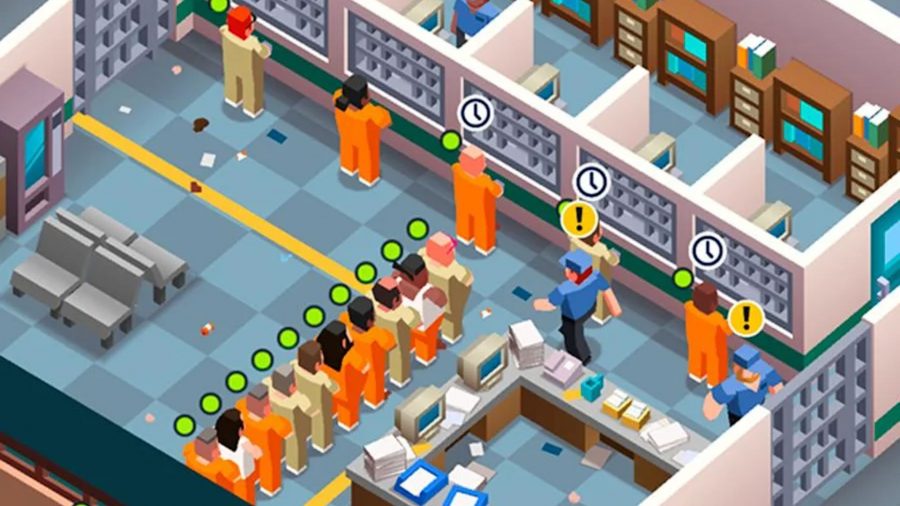